Land Between the Lakes

This past weekend, Labor Day Weekend, was the last hoorah for summer.  For the last 9 years I packed up and headed north to the Ohio Renaissance Festival for the whole weekend.  It has been a lot of fun, but also very tiring at the end of the weekend.  This year, because of reasons, I decided to head south and way west and see the Land Between the Lakes.  I had not been down there in well over a decade – I was still married at the time.  Besides, I knew there were some well-maintained forest service roads in the park that could offer some fantastic, albeit slow, riding for me.  Keeping in mind, I have street tires on, not dual sport or knobbies.

I left at about 8:00 AM on Saturday morning.  It took roughly 4 hours, 30 minutes to get to the Land Between the Lakes.  The mileage was approximately 215 miles from my house.  Give or take, and that I had to kill some time while I waited on the room to be ready and the owners to get back from being on the lake.  It was all good, and agreed upon.  Saturday, as it was the ride in and get acquainted with the area, I didn’t do a whole lot of riding the service roads.

Saturday night, however, was a treat.  I went back into “town” to get some fresh catfish and country fixn’s.  Well, more the fish than the fixn’s.  The Catfish Kitchen was the destination.  I got there at 6pm, and got to eat around 7:15.  It was worth it, some of the best catfish ever.  They raise their own catfish and had a very small menu.  Catfish, Chicken or Shrimp.  Various ways of having them.  I had good old standard – all you can eat fried catfish.  And it was so good. 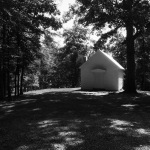 Sunday was a much more adventurous day.  I left out about 9 am.  My goal was to spend the day in the LBtL park riding as many of the service roads as possible.  Ad I did, about 220 miles of it.  I was able to get to the shore many times, and sometimes it was lapping at my tires as I rode through continuing on my way to the next spot.  At the bottom of this page are some photos.  I hope to be uploading some video this week.  Highlights from it will be a ride next to and on the KY Dam, some gravel riding with a near drop (yep, nearly laid Raven down for the first time – ABS saved my ass.)  The end of the riding day was a stop at a local ice cream shop on the lake.  Oh man was that welcome, after the heat of the day.  That was around 4:30 pm.  From there, back to the B&B to cool off and start contemplating dinner.  There wasnt much to contemplate – bison kabobs and beer.

Monday’s ride home was a long one.  Still about 215 miles, but as I got a slightly later start, the heat of the day was in full swing, as I left the park, it was already 87.  4.5 hours later I pulled into my garage.  I made the whole trip home on a single tank of gas, filling up when I got to the Thorntons by my house.  I was wiped out.  The heat took everything I had left from the weekend.  I got Raven unpacked, laundry in the machine and then a cold shower.  After that, I passed out for a bit.

Great weekend was had, one that will be remembered.  I want to do this again, but maybe in the early spring or early fall when the temps are not as high. 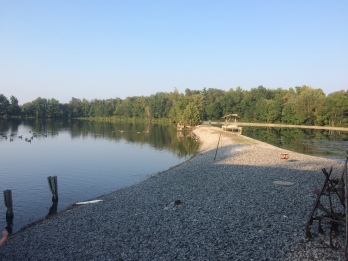 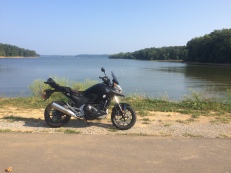 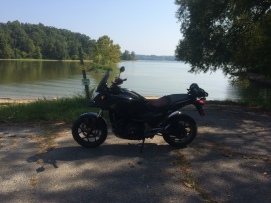 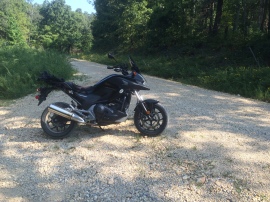 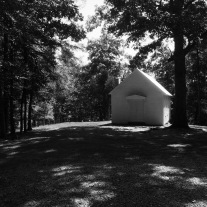 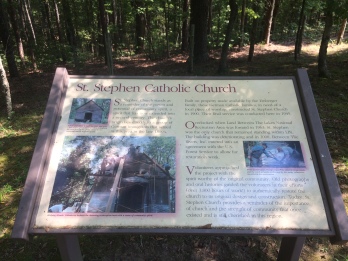 This entry was posted in Weekend Trip.

This site uses Akismet to reduce spam. Learn how your comment data is processed.

Time to get out of LouisvilleMay 2nd, 2020
Time to hit the road south to ride and camp down in Daniel Boone Forest.

Rick's Eastern Rendezvous 2020May 13th, 2020
Time to head to North Carolina for this year's trip to the RDV.